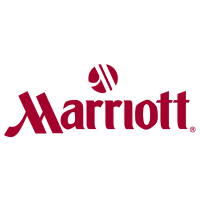 The Los Angeles Airport Marriott – West Coast’s premier airport hotel launches the final phase of its highly anticipated $50 million renovation. Having recently completed the modernization of guest rooms, lobby, restaurants and one of a kind M Club, this LA icon will be fully redesigned by September 2019.

“It’s an exciting time for travel in Los Angeles,” said Jeff Hart, LAX Marriott General Manager. “Now with two NFL teams calling the city home, planned Metro line expansions from LAX Airport, extensive airport modernizations, as well as the slated 2022 Super Bowl and 2028 Summer Olympics, the city is evolving to meet the needs of the modern traveler, and concurrently so is our hotel. We’re paving the way for a new generation of travel, challenging the status quo, and re-defining what it means to be an airport hotel.”

The second-largest airport hotel in the country, the LAX Marriott boasts several new developments. With more to come this fall, the redesigned 55,000 square feet of flexible meeting space is perfect for every occasion. Regardless of your event size, set up or desired outcome the two adjacent ballrooms, 38 breakout rooms, and versatile venue space will bring your vision to life.

Touch down at LAX, and make your L.A. connection at the iconic Los Angeles Airport Marriott. Located only minutes from the airport, the re-imagined hotel is a true L.A. destination and the perfect landing spot to go, see and do all that Southern California has to offer.

Recently transformed with an energetic vibe and cutting-edge spaces, the Southern California hotel celebrates the nostalgia of old Hollywood and invites travelers to embark on their next adventure with a buzzing, energetic vibe. Travelers can seamlessly blend work with play through the hotel’s 1,004 restorative guest rooms with ample space to relax and recharge, an invigorating culinary and cocktail culture, a tropical, resort-style pool, and the new 18th floor M Club Lounge with panoramic views of the city skyline and LAX runways.