Event Description:
The LAX Coastal Lifestyle Group, "Living A 5 Star Lifestyle" is looking forward to introducing you to Linda Ayentes, owner of Artistico School of Dance in Westchester. During this interactive session, we will be using a rectangular scarf (of your choosing) to enjoy the Art of Movement.

What is movement and why is it important to us as an individual?
Daily activity also helps boost balance, motor function, brain function, and cognition. According to research, movement increases blood and oxygen flow, which positively affects cognitive development, physical health, and mental well-being. We encourage movement in some shape or form daily.

For this session, we will be using a rectangular scarf which allows you the freedom to create beautiful movements with ease, allowing the scarf to embrace, feel and be our emotion,  We will create a piece that helps us release the thoughts that we have been collecting, giving us a chance to express ourselves without words and conversation after.

Linda Ayentes, Studio Director & Owner - Lind began her early training at the age of four with her stepfather in artistic gymnastics and continued in the sport until she became Provincial Champion at the age of 10. Linda then made the switch to Rhythmic gymnastics after seeing a local competition and falling in love with the sports beauty and grace. She began training with Olympic champion, Lori Fung and Tricia Gilmore and quickly became provincial champion that same year in the novice category. By the age of 15 she had achieved the title of Western Canadian Champion and was a bronze medalist at the Canadian Winter Games. It was during her time as a rhythmic gymnast that Linda was introduced to ballet, which was used as a tool to improve her skills in rhythmic gymnastics.

She began teaching at the age of 17 and working as a dancer in the film and television industry. Linda has had the opportunity to work with stars such as Halle Berry, Sarah Jessica Parker, Benjamin Bratt, and Sharon Stone to name a few and perform in such films as Catwoman, Dudley Do Right, Saving Silverman and Man About Town. Linda's dance career has also taken her to Japan where she toured with Japan's famous singer "Anri" on her Ever Blue Tour, to the Caribbean, where she was part of the cast on the "Millennium" ship for Celebrity Cruise Lines and to the NBA as a member of the extreme dance team for the "Vancouver Grizzlies". 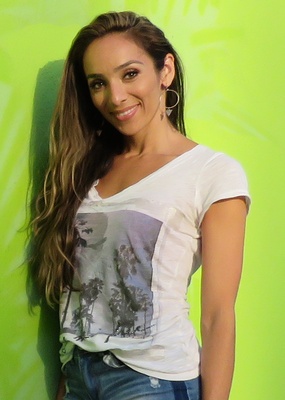