Event Description:
Join the LAX Coastal Chamber's Public Policy Committee to discuss some of the most pressing and controversial issues that are facing our community and Los Angeles.

On Thursday, August 11th, the Chamber is excited to welcome LA City Council District 11 Candidate - Erin Darling for a virtual meet and greet.

Erin Darling
Erin Darling was born and raised in Venice and attended public schools from kindergarten through law school. After graduating law school in 2008, Erin returned to Los Angeles and began working at Eviction Defense Network (EDN), representing low-income tenants facing eviction at the height of the foreclosure crisis. Erin later worked for Public Counsel’s Impact Litigation Project, focusing on large class actions, including on behalf of the United Farm Workers and individual General Relief recipients who had been cut off from their benefits by Los Angeles County. For that latter case, he was part of the legal team that won the California Lawyer Attorney of the Year (CLAY) award for Public Interest law in 2015. From 2014 until 2017, Erin worked as a deputy federal public defender in the Central District of California. In 2017, Erin started his own law firm focusing on civil rights. While in private practice Erin has co-counseled with the Council of American-Islamic Relations (CAIR) on behalf of a Muslim woman whose headscarf was removed while in custody of the Ventura County Sheriff's Department. He has also represented women sexually assaulted by Los Angeles County Sheriff's deputies and Probation Department employees while in custody, as well as children brutalized in the foster care system. He has served on the Venice Neighborhood Council and has also served as a Commissioner for LA County Beach Commission. He still lives in Venice, with his wife and 3-year-old son.
Event Media: 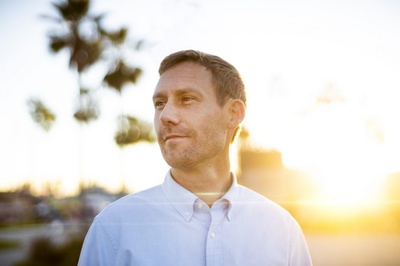